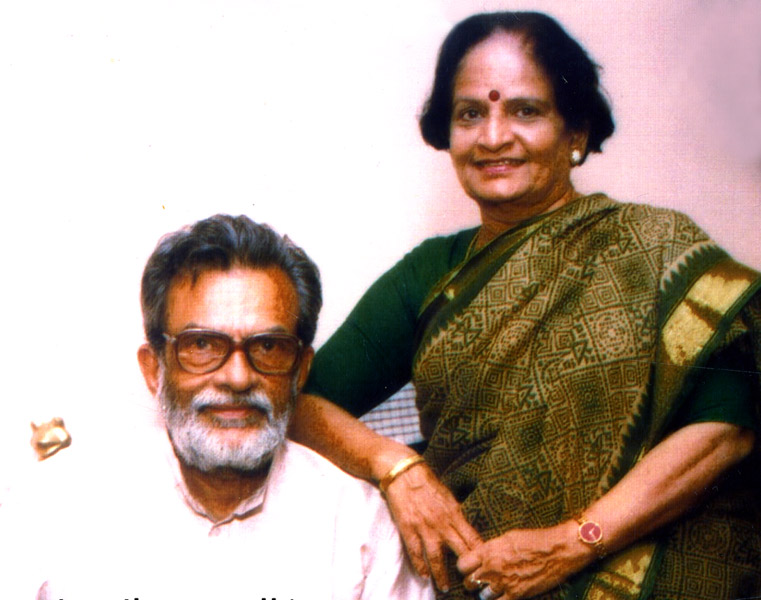 Born in Manchi, a village near Babukodi in Bantwal taluk of Dakshina Kannada district in 1929, Babukodi Venkataramana Karanth’s passion for theatre started at an early age. His first tryst with theatre was when he was in standard III – he acted in Nanna Gopala, a play directed by P.K. Narayana. He was the first son of couple Babukodi Naranappayya and Lakshmamma. Called as Boyanna he was an affectionate child to everyone. As he grew, his curious eyes and ears got opened to Yakshagana, Jatre, Kola, Rathotsava, Paad-danas, and sound designs of different musical instruments, which were stored in his emotional memory throughout.

At his 3rd age itself Boyanna acted in different plays which brought him near Shivaram Karanth’s Balavana. His dreams started blooming when the famous Gubbi Theatre Company camped and was playing ‘Krishnaleela’ in Putturu. Then he got into the habit of reading books.

Gubbi Veeranna sent Karanth to Banaras to do his Masters in Arts where he also underwent training in Hindustani music under Guru Omkarnath Thakur. In 1956-58 he chose ‘Laya tatva and Hindi Poetry’ as his master degree essay in Banaras University. ‘Theatre and Hindi Plays’ was the subject he chose for the doctorate for which Prof. Hajariprasad Dwivedi was the guide.

After completing N.S.D course he became teacher at Patel School, Delhi. There he wrote and directed famous children’s plays in Kannada. He started ‘Kannada Bharathi’ with friends from Delhi where he produced profound plays. He came to Bengaluru during 1970s and created vibrancy in Kannada theatre by bringing innovative techniques, splendor, music and dance to theatre thereby experimenting in theatre music by mixing different forms through which he created a wonderful Kannada theatre world indeed.

Along with his wife, Prema Karanth, Karanth set up ‘Benaka’, one of Bangalore’s oldest theatre groups. Prema Karanth took up a teaching job in Delhi and supported Karanth throughout the National School of Drama. He was to return the compliment after he graduated from the NSD, and eventually became its director.

He later graduated from the National School of Drama (NSD), New Delhi, in 1962, then headed by Ebrahim Alkazi. Between 1969 and 1972, he worked as a drama teacher at the Sardar Patel Vidyalaya, New Delhi after which the couple returned to Bengaluru. Here Karanth involved in some films as well as film music with personalities like U.R. Anathmurthy and Girish Karnad.

He then returned to the NSD, this time as its Director in 1977. As the director of NSD, Karanth took theatre to far-flung corners of India. He conducted several workshops in places as far as Madurai in Chennai. After his stint as the director of NSD, the Madhya Pradesh government invited him to head the Rangamandal repertory under the aegis of the Bharat Bhavan. B.V.Karanth was largely responsible for starting the new theatre movement in Madhya Pradesh. As director of the NSD, at the invitation of the Bharat Bhavan in Bhopal, he had organised a training-cum-production camp in 1973. In the 1980s, he returned to set up the Rangmandal repertory in Bharat Bhavan. This was first-ever repertory in a state and he became the main creative spirit behind the now-legendary Bharat Bhavan.

In Rangmandal, for the first time, folk professionals were used for training contemporary actors, and the repertory also included folk performers among its members. Apart from Hindi, plays were also produced in dialects such as Bundelkhandi, Malavi and Chhatisgarhi which created huge ticket-buying audiences for theatre.

With the integration of Alarippu and National school of Drama-New Delhi, Karanth had contributed three great plays in Telugu. Collaborated with Surabhi theatre of Andhra Pradesh, Karanth conducted three workshops and produced ‘Bhishma’, ‘Chandipriya’ and ‘Basthidevatha yadamma’. It is his dedication that Karanth spent his time during the workshops in corner villages of Andhra Pradesh to bring up the dramas.

After rendering service to the theatre scene in Madhya Pradesh between 1981 and 86, Karanth returned to Karnataka in 1989. The Karnataka government invited him to set up a repertory in Mysore, which he named as Rangayana and headed it until 1995. Now there are three other different Rangayanas at Dharwad, Shimoga, Kalburgi which was his dream come true.

B.V. Karanth also forayed into the world of cinema. He directed four feature films and four documentaries, apart from scoring the music for 26 films.

B.V. Karanth was awarded the Padma Shri in 1981 in recognition of his yeoman services to theater. He received the National Award for Best Film, Best Direction and twice for Best Music Score. He has also received the Kalidas Samman from the Madhya Pradesh government and the Sangeet Natak Academy Award from his contemporaries. The Karnataka government also has conferred on him the Gubbi Veeranna Award for his contributions to Kannada Theater.