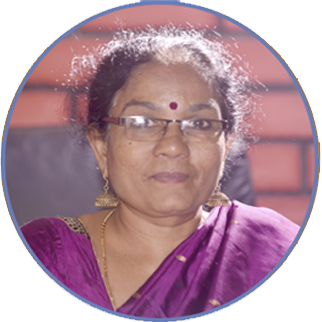 She was born in Gavadagere, Hunsur Taluk, Mysore District (1963).
Diploma in dramatics from Ninasam, Karnataka.
Graduated from National School of Drama, New Delhi in 1990 with specialization in Acting.

In 1991-92 obtained fellowship from NSD for a project on Solo Narrative Acting of female characters, Shakuntala ,Gandhri and Mallika. Acted with Ninasam Repertory Company during 1986-87 and 1990-91.

In 1992-93 joined Tara Art of Londan as on Actress for the production of the play ‘Heer Ranjha’.

Working as a Principal of Seagull Theatre Academy in Guwahati. Assam in 1995-2016

Acted in many films in Kannada, Assamese and Hindi.

Received the National Award as Special Jury Mention for Acting in the Film ADAJYA (Assamese) in 44th National Film Festival 97.

Received Swarna Jayanti Award2015 from the Govt. of Karnataka for her contribution towards Indian theater 2007.